Melbourne Vixens' year of highs not over yet

After a year of electrifying off-court success with sponsorships, memberships and match attendance, the Melbourne Vixens' wonder year has continued with a new partner in the Victorian Responsible Gambling Foundation (VRGF), who have signed on for 2020.

In return, Netball Victoria and Melbourne Vixens’ fan engagement proved lucrative in 2019, with the Melbourne Vixens exceeding their viewership numbers to tip over the two million mark.

Netball Victoria and the Melbourne Vixens continue to have the highest digital following across all state netball member organisations and Suncorp Super Netball teams.

And fans are not the only ones to have benefited from Netball Victoria’s 2019 strategies.

More than 150 sponsorship programs were evaluated with the Melbourne Vixens receiving two of the top results. 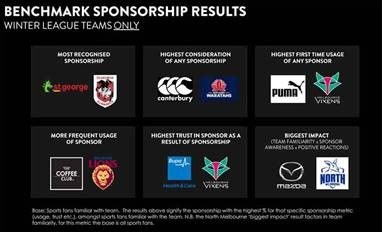 Another of the organisation’s sponsors, Bupa, recorded the highest inferred trust for the brand due to its sponsorship, making the Melbourne Vixens the only team to lead standards in two of True North’s published benchmark results; a doubly special reward.

"The Vixens’ supporter base closely reflects the key demographic audiences that are more likely to engage with sponsor messaging. This feature, alongside a strong emotional connection to the team, are playing an important role in driving strong returns for Melbourne Vixens’ sponsors” says Georgie Maynard, Director of True North Research.

With Netball Victoria also posting strong commercial uplifts in 2019, the organisation will look to foster a new relationship with partner Victorian Responsible Gambling Foundation in 2020.

Foundation CEO Shane Lucas said the culture of elite sport in Australia has changed as prolific advertising has promoted sport to kids as a series of betting opportunities.

“The ads equate sport to betting and imply that there’s no risk by portraying everyone as a winner, which is far from realistic.

“The Foundation’s 2019 community attitudes survey found that 75 per cent of Victorians think that adolescents are exposed to too much gambling advertising, which is why our Love the Game sporting partnerships are so important.

“We’re delighted about this new partnership, through which the Foundation will work with Netball Victoria, the Melbourne Vixens, and community netball clubs and associations across the state to build an environment free from sports betting advertising.”

The Foundation will also work with Netball Victoria as part of a ‘Love the Game Round’, to shine greater awareness on the associated risks of gambling, while promoting one united message: “Love the game, not the odds”.

“It’s an exciting and rewarding partnership for Netball Victoria to be involved with and one we believe can make a real impact within our Victorian netball communities,” Bosse said.

“The omni-channel approach we take to utilise both Netball Victoria and Melbourne Vixens assets to leverage our partnerships, allow us to generate significant cut through with our participants, fans and supporters. This made the decision to partner with the VRGF a perfect fit, when you consider their whole of sport approach and messaging.”

Still, the year is not quite over yet for Netball Victoria and the Melbourne Vixens, and more partnership announcements can be expected in the coming weeks.

Vixens score with HCF as new health in...